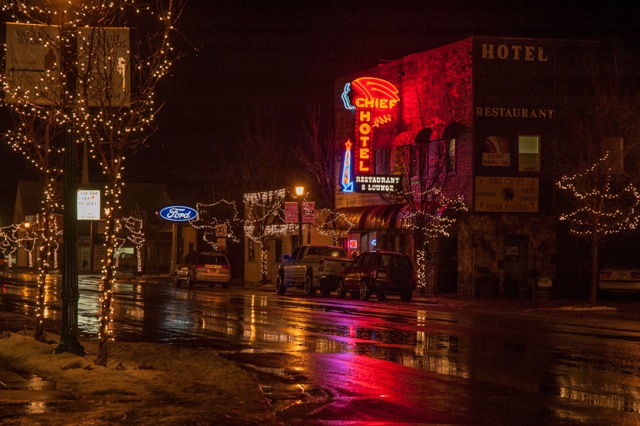 Cascade is a rural city in and the county seat of Valley County, Idaho, United States, in the west central part of the state. The population was 939 at the 2010 census, down from 997 in 2000.

Cascade is located on the southeast shore of Lake Cascade, formerly known as “Cascade Reservoir.” With the introduction of the Tamarack Resort in 2004, the name was officially changed to sidestep the negative marketing connotations of “reservoir.” It was formed by the completion of Cascade Dam, on the north side of the city. Construction by the Bureau of Reclamation began in 1942, was halted during World War II, and completed in 1948.

Cascade was the home of a sizable Boise Cascade sawmill, which closed in May 2001.

The recreational city of McCall is 29 mi north, and the village of Donnelly is a little over midway, via Highway 55. The shuttered Tamarack Resort (2004–09) is across the reservoir to the northwest.

Cascade is approximately 70 miles (110 km) north of Boise, accessed via State Highway 55, the Payette River Scenic Byway, a designated national scenic byway. It heads north from Eagle in Ada County to Horseshoe Bend in Boise County, and climbs the whitewater of the Payette River to Cascade. SH-55 continues north to McCall, where it turns west at Payette Lake and continues to New Meadows in Adams County, ending at the junction with US-95.