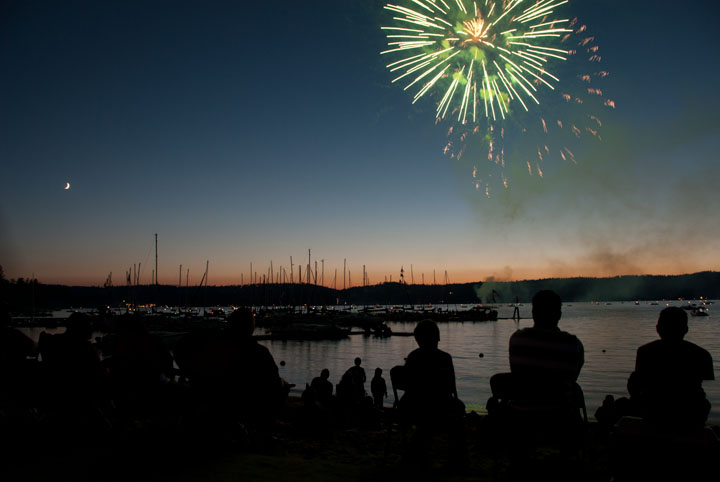 McCall is a resort town on the western edge of Valley County, Idaho, United States. Named after its founder, Tom McCall, it is situated on the southern shore of Payette Lake, near the center of the Payette National Forest. The population was 2,991 as of the 2010 census, up from 2,084 in 2000.

Originally a logging community whose last sawmill closed in 1977, McCall is now an all-season tourist destination for outdoor recreation. The resort town is known for its Winter Carnival, extended winters, and the highest average snowfall in the state.

McCall’s Little Ski Hill, formerly the “Payette Lakes Ski Area,” is two miles west of town on Highway 55, just over the county line in Adams County. Opened in 1937 as a diversion for local forest workers, its 76 acres were donated by Carl Brown. The Little Ski Hill was the second ski area in Idaho, after Sun Valley, which opened a year earlier. It currently operates a T-bar surface lift and has a vertical drop of 405 feet, with a summit of 5,600 feet above sea level, and its slopes face north and west. The aging Nordic ski jump on the lower north slope, overlooking the bend in Highway 55, was removed in the 1990s.

Brundage Mountain, northwest of McCall, opened in November 1961. With the addition of two new lifts in summer 2007, it currently has five chairlifts. Brundage has a summit elevation of 7,640 feet above sea level, and a vertical drop of 1,800 feet. The slopes on Brundage Mountain are primarily west-facing and the mountain’s average snowfall exceeds 300 inches. The resort operates a backcountry snowcat skiing operation which provides guided access to 13,000 acres of untracked powder in the Payette National Forest north of the ski area. Brundage is a family-owned resort, operated by the DeBoer family, descendants of early McCall pioneers. Until April 2006, it was co-owned by J. R. Simplot.