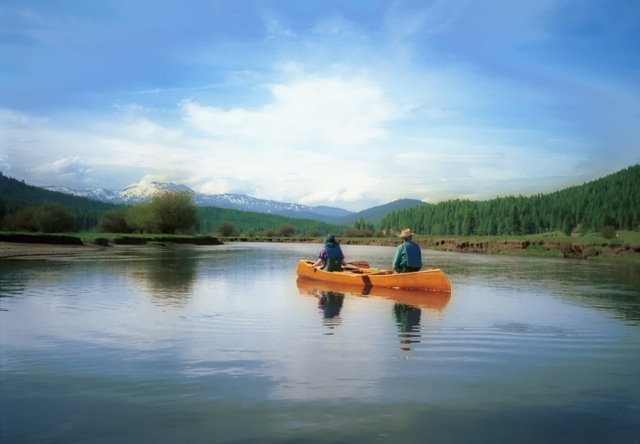 New Meadows is a rural city in Adams County, Idaho, United States, at the southern and upper end of the Meadows Valley, on the Little Salmon River. Located in the west central part of the state, just south of the 45th parallel north, the population was 496 at the 2010 census. New Meadows is located at the junction of the primary north-south highway in the state, U.S. Route 95, and State Highway 55, which connects it with McCall and Boise.

The only school in New Meadows is the Meadows Valley School, which houses all thirteen grades, K-12. The school mascot is the mountaineer, and the school colors are orange and black.

Two established alpine ski areas, Brundage Mountain and the Little Ski Hill are less than ten miles (16 km) to the east, both on the west side of the Valley/Adams county line. The Bolton Family golf course (originally “Kimberland Meadows”) is a few miles northwest of town. Payette Lake and the surrounding areas in McCall offer numerous recreational opportunities, and further north along US-95 is Riggins, the gateway to the Salmon River and the Seven Devils Mountains. 5 miles north of New Meadows is Zim’s Hot Springs.